Close
Ask a Question
Home/ Questions/Q 2748
Next
In Process

What Does Poggers Mean, Find Out Here? 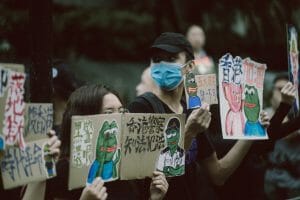 In Twitch the meme is mostly used by internet gamers to indicate some surprise, amazement, excitement or cool moves while playing the games. It is also used to express a surprise when the other player makes a tight move. The slang which is used next to frog emoji  with surprise expressions was first used in fortress game before jumping to other games.

Other modifications of the term such as pepehands,  pepesmile, pog etc.

The word “poggers” is used to express excitement during a game when something exciting occurs.