Close
Ask a Question
Home/ Questions/Q 8662
Next
In Process

Can Someone Explain The Behaviors Of Cats When They Are Making Different Sounds? 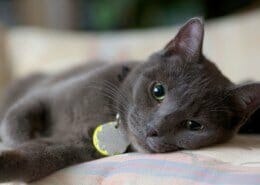 Hello! I have this new cat, and her name is Ashley. Can someone explain the behaviors of cats when they are making different sounds? Any answers will be helpful for me since I’m not used to taking care of cats.